In this regard, industry insiders stated that under the guidance of the goal of “guaranteeing a year-on-year decline in crude steel output in 2021”, the national steel industry has successively reduced production since the third quarter. The “dual control of energy consumption” measures have become stricter in various regions, the steel industry has increased the production limit, and the steel production reduction has exceeded market expectations. Benefiting from factors such as high steel prices and declining raw material costs, the production profits of steel companies have continued to rise, supporting the overall profitability of steel companies. However, the decline in steel production and sales in the third quarter has slowed down the profit growth of steel companies.

Looking forward to the fourth quarter, the Guosen Securities Metals team stated that in the short term, the control of crude steel production will directly affect the profitability of the industry and enterprises. In October, there is still greater pressure to complete the crude steel output leveling target, and the production limit will begin in autumn and winter. The magnitude of the output pressure drop will directly affect the profit situation of the company. The early production increase is small and the regional energy consumption pressure is small for steel companies Will benefit even more.

Zhang Qiusheng, director of the Marketing Department of Nanjing Iron and Steel Co., Ltd., said that steel prices are expected to continue to rise in the fourth quarter, and the profits of steel companies will continue to expand. On the supply side, crude steel production reduction and “dual control of energy consumption” policies are strictly implemented. It is estimated that crude steel will be reduced by 14.2 million tons per month from September to December, a decrease of approximately 15.4%. In terms of demand, with the accelerated issuance of local government bonds, the increase in construction of major projects, and the recovery in demand from industries such as automobiles and home appliances, demand in the fourth quarter may be better than that in the third quarter. 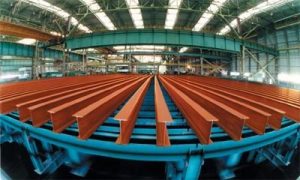