Steel Industry Research Weekly: After The National Day, The Steel Plate Has A Good Start

Based on the statistics of the rise and fall of the steel plate on the first day and the first week after the National Day in the 21 years from 2000 to now, it is found that:

Before the festival, the steel sector has made a sharp correction for several weeks, mainly due to the market capital preference. On the contrary, with the peak decline of double coke price, the continuous decline of iron ore price, the decline of billet cost and the continuous expansion of steel enterprise profit. In terms of breakdown, the gross profit per ton of long process deformed steel bar is 1194 yuan / ton and that of short process deformed steel bar is 1070 yuan / ton. Wire rod has the highest profit, with long process gross profit of 1524 yuan / ton and short process gross profit of 1400 yuan / ton. Under the golden nine silver ten peak season, the purchasing volume of thread snails in Shanghai has increased continuously on a four week basis (excluding the influence of festivals). The steel inventory has continued to decline since early August, and the speed of demand improvement may accelerate.

With the continuous rebound of steel price and the peaking of cost side, the steel profit continues to expand, and the follow-up may return to the high level of the second quarter. From the perspective of performance elasticity, at present, wire rod is better than plate, paying attention to Songshan, Bayi Iron and steel, Shougang, Fangda special steel, etc; From the perspective of less impact of production reduction, we pay attention to Linggang, Fangda special steel, Xingang, Minguang, etc.

Risk tip: macroeconomic repair is not as expected; Global inflation is higher than expected; The increase of ore production did not meet the expectation; The development and vaccination progress of new crown vaccine was lower than expected. 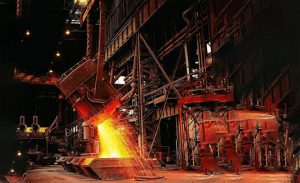