Home > News > Interpretation Of Northeast Power Rationing: The Root Cause Is The Lack Of Capacity Required For Low-Carbon Transformation

Interpretation Of Northeast Power Rationing: The Root Cause Is The Lack Of Capacity Required For Low-Carbon Transformation

In late September, many cities in Northeast China successively switched off and limited power, and even residents’ power consumption was affected, which aroused widespread concern of the society. In this regard, the national development and Reform Commission stressed the need to “stick to the bottom line of energy consumption and supply for people’s livelihood and resolutely avoid limiting residents’ energy consumption” in response to reporters’ questions on September 29.

At present, there are many kinds of analysis on the main reasons for switching off and limiting power in Northeast China. For example, some people think that the coal price is too high and the power plant is unwilling to produce out of economy; Some people think that the domestic “two high” projects (i.e. “high energy consumption” and “high emission” projects) have been launched one after another, resulting in national power shortage, while the proportion of wind power in Northeast China is too high, coupled with the significant reduction of wind power generation in Northeast China in the near future; Another view is that the energy demand, especially the power demand, has risen too fast, and the three eastern provinces have seen high growth in power consumption.

In this regard, Ma Linwei, associate professor of Institute of thermal power simulation and control, Department of energy and power engineering, Tsinghua University and executive director of Tsinghua Rio Tinto Joint Research Center for resources, energy and sustainable development, pointed out in his recently published article that “there is still a lack of systematic explanation of the reasons behind the Northeast power rationing incident”.

In his opinion, “Northeast power rationing is an inevitable event by chance, and we have to understand the root problems behind its appearance from the overall perspective of low-carbon transformation of energy and economy. The root problems behind this are long-term and overall, especially the prominent problem of coal utilization is a major contradiction focus that China has to face for a long time.”

This article is entitled “systematic thinking on power rationing in Northeast China” (with link: https://mp.weixin.qq.com/s/k3jJaGfjRS4ZdByqR554pg The article was written by Ma Linwei and released in October 5, 2021, which was released in October 6th by the official account of WeChat energy, the Tsinghua BP- clean energy research and education center.

Ma Linwei has both bachelor’s degree and doctor’s degree in power machinery and engineering from the Department of thermal engineering of Tsinghua University. After graduation, he will stay in school and work in the field of energy system and energy strategy. His main focuses include: regional energy system and energy strategy research, energy technology evaluation and energy technology innovation, and China’s international energy and resources cooperation strategy.

In the above article, combined with previous research results, Ma Linwei mentioned that in the English Book China’s resources, energy and sustainable development published in early 2021, he pointed out some challenges and ways out of China’s energy transformation strategy, which is suitable for deepening the understanding of power rationing in Northeast China.

According to his analysis, there are three important aspects of the lack of capacity in China’s energy development behind the Northeast power cut-off event:

First of all, “energy and economic development are not coordinated, and the construction of energy supply and demand does not match repeatedly”.

A “Sangji map of China’s embedded energy distribution” in Dr. Zhang Jinghao’s paper cited in the article shows that once various energy control measures are not coordinated with the economic situation, there will be a contradiction between supply and demand.

Ma Linwei believes that there are institutional reasons behind this. “At present, the Department in charge of energy mainly focuses on energy security, another department is responsible for economic regulation, and carbon emission is controlled by a separate department. It is undoubtedly difficult for the three departments with different functions to coordinate to avoid the energy supply and demand shocks that may occur at any time in the process of economic low-carbon transformation”.

Secondly, there is “uncoordinated energy and infrastructure, and serious lack of flexibility”.

The article mentioned, “In the process of low-carbon transformation, the energy system should accept a high proportion of renewable energy, which requires high flexibility of the system. In order to ensure flexibility, we should not only have a lot of flexible power supplies, but also a large number of energy storage facilities and flexible electric heat fuel conversion technologies, but also build and transform the whole system, including smart grid, smart heat grid and smart fuel grid This is not only an intelligent transformation, but also a supporting construction of hardware. The investment involved is often trillions of dollars. Even a small distribution network transformation needs to cost hundreds of millions. Such investment is far from complete, so at present, the flexibility of the whole energy system is seriously insufficient. ”

Ma Linwei suggested that “if coal and other energy can be used together, building a multi energy complementary system may provide some low-cost transitional solutions. For example, coal and biomass coupled power generation can provide a way for the smooth transition from coal power plants to carbon neutral or even negative carbon power plants, from early low proportion of biomass to long-term 100% biomass power plants.”

He pointed out that “Northeast China is relatively rich in biomass resources, and there is a good foundation for biomass energy utilization and power generation. We should speed up exploration in this regard.”

The third is that “energy is not coordinated with the region, and the emergency support capacity between regions is insufficient”.

According to the article, “Due to the separation of administration and management, each region has its own optimization phenomenon in energy supply and demand, and often can not achieve the ideal optimal dispatching of the whole country. The infrastructure of energy exchange among regions is also insufficient, which needs to be strengthened under the requirements of low-carbon development. In case of emergency, cross regional cooperation is basically carried out with self-help and established channels In this way, in terms of regional coordination, the Northeast may be in a neglected position and lack cross regional channels. ”

Ma Linwei concluded, “The three weaknesses in China’s energy capacity in the process of low-carbon transformation are closely related to the power rationing in Northeast China. Therefore, in order to meet the challenges of low-carbon transformation, economic fluctuation, insufficient flexibility of energy system and lack of regional coordination, China can consider taking into account each region’s own resources and economic endowment and speed up the construction and layout of regional smart energy system 。”

He stressed, “The Northeast power rationing incident is actually a concrete manifestation of the ‘three difficulties’ dilemma of ensuring economic development, energy security and emission reduction targets in the process of China’s low-carbon transformation. The root cause lies in the insufficient capacity required for low-carbon transformation. If capacity-building does not keep up in time, this problem will continue to appear in the future. In order to avoid too serious problems, we should vigorously strengthen relevant capacity-building To a large extent, many problems are not engineering and technical problems in a single field, but more problems of institutional mechanisms and infrastructure. ”

According to the analysis of industrial securities, the prominent manifestation of the chronic disease of the power system is the “upside down of coal and electricity prices”, that is, China’s electricity and coal prices have been completely market-oriented, but the on grid electricity price of coal power plants is controlled by the government. In this way, once the electricity and coal prices rise, it is easy to form a situation that “flour prices rise, but bread prices cannot rise”, and the more power plants generate electricity, the more money they lose. 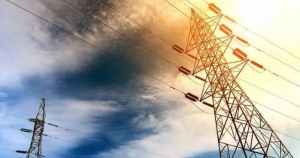